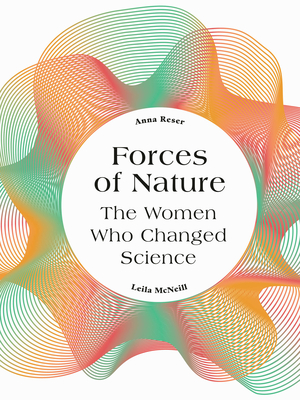 The Women who Changed Science

From the ancient world to the present women have been critical to the progress of science, yet their importance is overlooked, their stories lost, distorted, or actively suppressed. Forces of Nature sets the record straight and charts the fascinating history of women’s discoveries in science.

In the ancient and medieval world, women served as royal physicians and nurses, taught mathematics, studied the stars, and practiced midwifery. As natural philosophers, physicists, anatomists, and botanists, they were central to the great intellectual flourishing of the Scientific Revolution and the Enlightenment. More recently women have been crucially involved in the Manhattan Project, pioneering space missions and much more. Despite their record of illustrious achievements, even today very few women win Nobel Prizes in science.

In this thoroughly researched, authoritative work, you will discover how women have navigated a male-dominated scientific culture – showing themselves to be pioneers and trailblazers, often without any recognition at all. Included in the book are the stories of:

Praise For Forces of Nature: The Women who Changed Science…

"...the scientists in this lively book inspire and fascinate."—CARLA DELGADO, Mental Floss

"This volume brings to light the contributions of a multitude of women in science over millennia."—Albuquerque Journal

Anna Reser is an American historian of science and technology. She holds a PhD in the history of science, technology, and medicine from the University of Oklahoma. She is the co-founder co-editor in chief  of Lady Science magazine, and her writing has appeared in The Atlantic, Real Life, StarTrek.com, Technology’s Stories and more.

Leila McNeill is an American writer, editor, and historian of science. She is an Affiliate Fellow in the History of Science at the University of Oklahoma and the co-founder and co-editor-in-chief of Lady Science magazine. She has been a columnist for Smithsonian.com and BBC Future, and she has been published by The Atlantic, The Baffler, JSTOR Daily, amongst others.