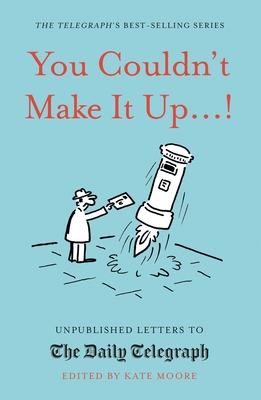 In a surreal and unprecedented year in which even the most seasoned commentators have struggled to keep pace with the news cycle, letter writers to The Daily Telegraph have once again provided their refreshing and witty take on events. Now in its twelfth year, this new edition of the best-selling series is a review of the year made up of the wry and astute observations of the unpublished Telegraph letter writers.

Readers of the Telegraph Letters Page will be fondly aware of the eclectic combination of learned wisdom, wistful nostalgia and robust good sense of humour that characterise its correspondence – whether it’s suggesting the sci-fi Vulcan salute as an alternative to the now-discouraged handshake, or a parable of political dysfunction drawn from shopping in Ikea.

From Covid to Corbyn, Trump to Top Gear, Brexit to Megxit, VAR to Marr, no one escapes their hilariously whimsical and sometimes risqué musings. With an agenda as enticing as ever, the twelfth book in the bestselling Unpublished Letters series will prove, once again, that the Telegraph’s readers still have a shrewd sense of what really matters.

KATE MOORE started writing obituaries for The Daily Telegraph in 2013 and joined the Letters desk as an assistant editor the following year. She now splits her time between the two departments. Kate edited So, That Went Well..., the 2019 collection of unpublished letters.