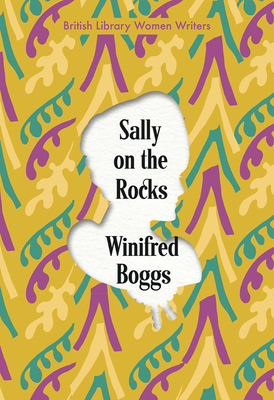 When her bohemian life in Paris falls flat at the beginning of the First World War, Sally Lunton returns to the care of her guardian in Little Crampton to find a husband. With some encouragement from the local busybody, she makes a play for Mr. Bingley, the bank manager, although she has a rival in Mrs. Dalton, a widow with a young daughter to raise. These two ladies form a quiet alliance, recognizing that the prize isn’t really worth fighting over but respecting the other’s pursuit of financial security. Sally aims to win but is distracted by her unsettling emotions for a soldier tortured by his experience at the Front. This entertaining novel is full of acute and humorous observations of male and female attitudes to love and marriage. Sally is a spirited heroine, who is determined to settle into a comfortable life now that she is in her early thirties. But in securing her future, Sally must also face her past.

Part of a curated collection of forgotten works by early to mid-century women writers, the British Library Women Writers series highlights the best middlebrow fiction from the 1910s to the 1960s, offering escapism, popular appeal, and plenty of period detail to amuse, surprise and inform.

Winifred Boggs (1874–1931) was the author of more than a dozen novels under her own name and two pseudonyms. She was often listed on the cover as ‘By the author of “The Sale of Lady Daventry”’, which was published in 1914. Sally on the Rocks followed in 1915. Her last novel appeared in 1930.
Loading...
or support indie stores by buying on