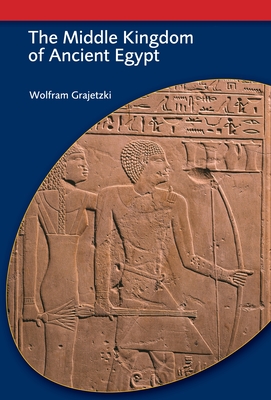 The Middle Kingdom of Ancient Egypt

For the ancient Egyptians, the Middle Kingdom (c. 2000-1700 BC) was a classical period of art, history and literature. The Twelfth Dynasty was one of the strongest ever to rule on the banks of the Nile: some of its kings were later worshipped as local gods, and were made famous by classical Greek authors. Yet Egyptologists tend not to look beyond the extraordinary royal sculpture and literary masterpieces of the time. Although the picture is fragmentary, as with any archaeological record, the last two hundred years of exploration and excavation have revealed much of the splendour of the period. This book examines the evidence for the culture, history and society of both central and provincial Egypt at the time, revealing the wealth of the entire country. Too often overshadowed by the better-preserved architecture of other periods, Middle Kingdom Egypt emerges for the reader as a fascinating age in its own right.

Wolfram Grajetzki is the author of several books including most recently Burial Customs in Ancient Egypt (2003, also published by Duckworth) and studies of Tarkhan and Harageh.
Loading...
or support indie stores by buying on