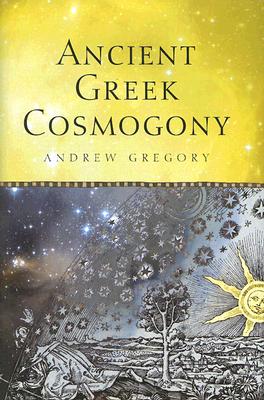 Ancient Greek Cosmogony is the first detailed and comprehensive account of ancient Greek theories of the origins of the world. It covers the period from 800 BC to 600 AD, beginning with myths concerning the creation of the world. It covers the cosmogonies of all the major Greek and Roman thinkers, as well as the debate between Greek philosophical cosmogony and early Christian views. It argues that Greeks formulated many of the perennial problems of philosophical cosmogony and produced philosophically and scientifically interesting answers. The atomists argued that our world was one among many worlds, and came about by chance. Plato argued that our world is unique, and is the product of design.Empedocles and the Stoics, in quite different ways, argued that there was an unending cycle whereby our world is generated, destroyed and generated again. Aristotle on the other hand argued that there was no such thing as cosmogony, and our world has always existed. Reactions to these ideas and developments of them are traced through Hellenistic philosophy and the debates in early Christianity on whether God created the world from nothing or from some pre-existing chaos.This books also deals with the related issues of the origins of life and of the elements for the ancient Greeks, and looks at how views of how the cosmos will come to an end. It argues that there were several interesting debates between Greek philosophers on the fundamental principles of cosmogony, and that these debates were influential on the development of Greek philosophy and science.

Andrew Gregory is Senior Lecturer in the History of Science, Department of Science and Technology Studies, University College London. He is the author of Plato's Philosophy of Science (Duckworth 2000), Harvey's Heart (Icon, 2000) and Eureka! The Birth of Science (Icon, 2001).
Loading...
or support indie stores by buying on