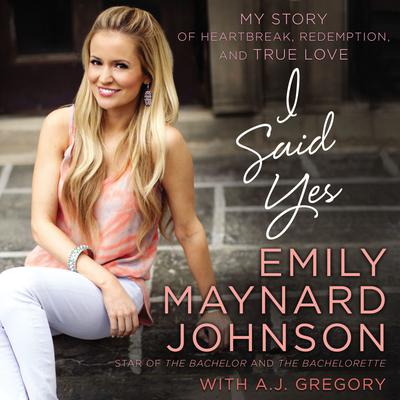 My Story of Heartbreak, Redemption, and True Love

Learn more about the new "Bachelor" Arie Luyendyk from one of the people who knew him best--"Bachelorette" Emily Maynard Johnson.

Millions know Emily Maynard Johnson from her unprecedented double appearances on The Bachelor and The Bachelorette. Millions also know that neither of the relationships from those shows lasted much longer than a commercial break.

Overcome with embarrassment following her nationally televised failures at romance, Emily finally committed her heart to the only one she knew would never leave her empty and alone. Abandoning her desire to be chosen by men and finding peace in the fact that she was already chosen by God, Emily found the joy she had been looking for in serving God.

In I Said Yes, Emily tells the story of her life before and after reality TV fame, describing the profound new reality she discovered when she forsook fame in favor of the Lord. At the end of a long, fruitless search for a man, this courageous young woman found the truest love of all waiting right in front of her. To that love, Emily said yes.