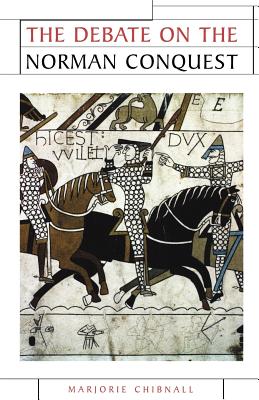 The Debate on the Norman Conquest (Issues in Historiography)

The debate on the Norman Conquest is still ongoing. Because of the great interest that has always been shown in the subject of conquest and its aftermath, interpretations have been numerous and conflicting; students bewildered by controversies may find this book a useful guide through the morass of literature. In the medieval period writers were still deeply involved in the legal and linguistic consequences of the Norman victory. Later the issues became direcly relevant to debates about constitutional rights; the theory of a "Norman yoke" provided first a call for revolution and, by the 19th century, a romantic vision of a lost Saxon paradise. When history became a subject for academic study controversies still raged round such subjects as Saxon versus Norman institutions. These have gradually been replaced in a broader social setting where there is more room for consensus. Interest has now moved to such subjects as peoples and races, frontier societies, women's studies and
colonialism. Changing perspectives have shown the advantage of studying a period from the late 10th to the early 13th century rather than one beginning in 1066.