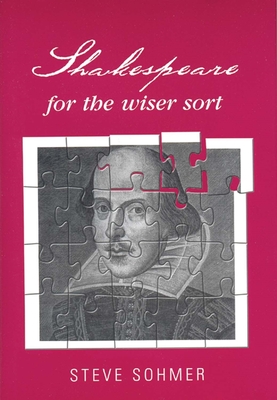 Shakespeare for the Wiser Sort

Solving Shakespeare's Riddles in the Comedy of Errors, Romeo and Juliet, King John, 1-2 Henry IV, the Merchant of Veni

William Shakespeare's plays are riddled with passages, scenes and sudden plot twists which baffle and confound the most devoted playgoer and the most attentive commentator. Why, for example, didn't Hamlet succeed to the throne of Denmark at the instant of his father's death? (It's not because
the Danish throne was elective.) Why does Chorus in Romeo and Juliet promise his audience 'two houres trafficke of our stage' when the play obviously runs almost three hours? How is it that Old Hamlet sent his son to school in (Protestant) Wittenberg but his Ghost was sent to (Catholic) Purgatory?
and is there cause-and-effect here? How can Lancelot Gobbo be correct (and he is) when he claims Black Monday (the day after Easter) and Ash Wednesday (the 41st day before Easter) once fell on the same day? And what is a 'dram of eale'? This engaging and lucid book solves these tantalizing riddles
and many others.

Steve Sohmer is Fellow of Lincoln College, Oxford and a Research Associate at the Center for Medieval and Renaissance Studies at the University of California at Los Angeles (UCLA)
Loading...
or
Not Currently Available for Direct Purchase