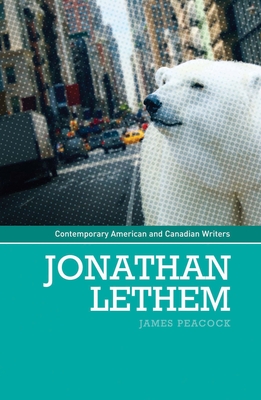 Jonathan Lethem is the first full-length study dedicated to the work of an exciting, genre-busting contemporary writer with an increasingly high profile in American literature.

Examining all of Lethem's novels, as well as a number of his short fictions, essays and critical works, this study shows how the author's prolific output, his restlessness and his desire always to be subverting literary forms and genres, are consistent with his interest in subcultural identities. The human need to break off into small groupings, subcultures or miniature utopias is mirrored in the critical tendency to enforce generic boundaries. To break down the boundaries between genres, then, is partly to make a nonsense of critical distinctions between 'high' and 'low' literature, and partly to reflect the wider need to recognise difference, to appreciate that other people, no matter how outlandish and alien they may appear, share similar desires, experiences and problems. With this in mind, James Peacock argues that Lethem's experiments with genre are not merely games or elaborate literary jokes, but ethical necessities, particularly when viewed in the light of the losses and traumas that shadow all of his writing. Jonathan Lethem, therefore, makes an important contribution not just to Lethem studies, but also to debates about genre and its position in postmodern or 'post-postmodern' literature. It will be of interest to all scholars and students of contemporary American writing, as well as those interested in genre fiction and literature's relationship with subcultures.

James Peacock Lecturer in English and American Literature at Keele University
Loading...
or
Not Currently Available for Direct Purchase