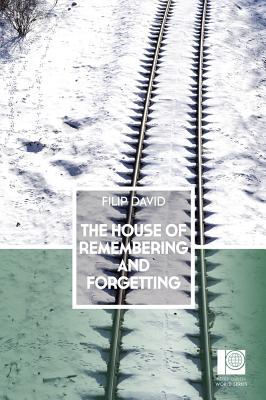 The House of Remembering and Forgetting (Peter Owen World Series

Young Albert Weiss was spared the horrors of Auschwitz when his parents threw him and his brother from the transport train. Years later, with the help of other survivors of the holocaust, he explores the myriad ways of confronting not just the evil that robbed him of his childhood, but the guilt he feels for having lost his brother on that wintry night.

Mosaic, non-linear and semi-autobiographical, this book is reminiscent in style of Kurt Vonnegut's Slaughterhouse-Five and in theme of the works of Primo Levi. In documenting the stories of child survivors, it is a moving and necessary addition to the literature of the Holocaust.


Praise For The House of Remembering and Forgetting (Peter Owen World Series: Serbia)…

"In the confessions of numerous Jewish children who escaped the Holocaust and hid their identity, the conflict between memory and forgetfulness is revealed as an illusion. While warning us of the consequences of the choice between what to remember and what to forget, David suggests a new dialogue between memory and forgetfulness, a need for a new language for understanding evil." —World Literature Today

“A powerful contribution to the literature of the Holocaust…this is a profound book, immense in its wisdom and courage, and it demands to be read several times.” —Los Angeles Review of Books

Filip David is one of Serbia’s most prolific writers. Born to a Jewish family during the Holocaust, his work often critically explores the nature of evil. Christina Pribicevic-Zoric's notable translations include Milorad Pavic's Dictionary of the Khazars and Zlata Filipovic's Zlata's Diary: A Child's Life in Wartime Sarajevo.
Loading...
or
Not Currently Available for Direct Purchase