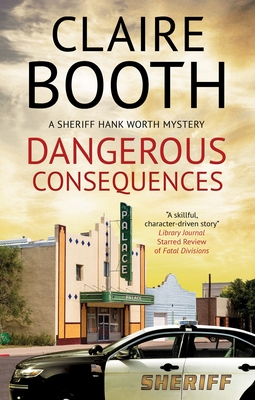 Sheriff Hank Worth struggles to keep his team together and solve a brutal murder of a former antagonist in this captivating mystery.


Elderly tourists visiting Branson, Missouri for a fun time are instead becoming so sick and disoriented they end up in the ER with Dr Maggie McCleary. She asks the sheriff to investigate and, because he happens to be her husband, Hank Worth readily agrees.
When the tour operator denies responsibility, Hank digs deeper leaving Chief Deputy Sheila Turley to handle a simmering revolt within the ranks. Their policy to eliminate overtime pay has infuriated many long-time deputies. Those fired for insubordination have filed a lawsuit, while those still there sabotage Sheila at every turn.
With pressure mounting, they're called to a hit-and-run accident. But the victim's injuries haven't been caused by a car . . . she's been beaten to death and dumped by the side of the road. And she was someone they knew.
Will the victim's aggressive business dealings come to haunt them all? And can Hank and Sheila save their department from destruction?

Formerly a crime reporter for daily newspapers throughout the United States, Claire Booth has used this experience to write four previous Sheriff Hank Worth mystery novels based on small-town American life. She is also the author of one non-fiction book, The False Prophet: Conspiracy, Extortion, and Murder in the Name of God. She lives in California. www.clairebooth.com
Loading...
or support indie stores by buying on