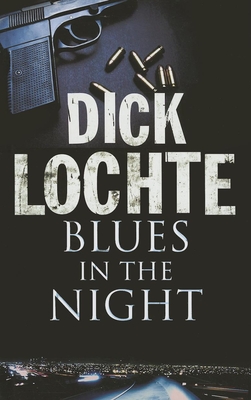 Blues in the Night

A Thriller Set Amongst the Gangs of La

The thrilling new novel from a genre veteran - When ex-con Dave 'Mace' Mason is hired by Paulie Lacotta, an old acquaintance and high-rolling criminal, to watch his ex-girlfriend, Angela, he knows there's more to the job than he's being told. Angela has fallen in love with one of Paulie's competitors, Tiny, and Paulie wants to know if she's the reason a big deal recently went south. But Mace draws some unwelcome attention as he investigates, and when Tiny is found dead, Mace wonders if he will live long enough to uncover the truth.


Praise For Blues in the Night: A Thriller Set Amongst the Gangs of La…

In this tense, fast-moving crime novel from Nero Wolfe Award–winner Lochte (Sleeping Dog), ex-con Dave “Mace” Mason returns to Los Angeles to do a favor for an old friend, mobster Paulie Lacotta. Since Lacotta is reluctant to explain why he wants Mace to shadow his ex-girlfriend, beautiful Angela Lowell, Mace turns for help to club owner Abe Garfein, who knows the L.A. scene. When pressed, Lacotta reveals that Angela may have screwed up a big deal and could be romantically involved with rival crook Tiny Daniels. Things heat up after someone tries to kill Lacotta, and Mace walks in on a bloodbath at Daniels’s beach house. Mace plays his cards close to the vest as he tries to figure out just what Angela’s role is in the deadly game Lacotta has gotten mixed up in. Tough, independent Mace is a wild card and one that Lochte should play again.