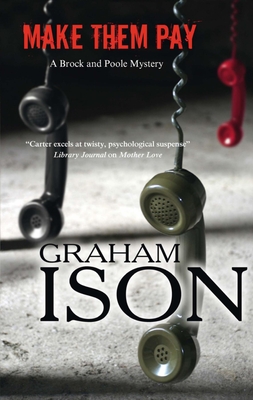 Brock and Poole investigate a double murder and find themselves caught up in a crime with international implications . . . Detective Chief Inspector Brock is called out to a burnt-out camper van in Richmond, Surrey. The van contained two badly burned and very dead bodies. At first thought to be an unfortunate fire, Brock and his assistant, Detective Sergeant Dave Poole, discover the truth: a double murder has been committed. As enquiries progress, it becomes clear that the dead couple were on the wrong side of the law, and Brock finds himself investigating not just a double murder, but a financial crime with international implications.

Graham Ison was in the regular army before joining the Metropolitan Police. During his career in Scotland Yard's Special Branch, he was involved in several famous espionage cases and spent four years at 10 Downing Street as protection officer to the prime minister. He later guarded crowned heads and US presidents during their visits to Britain, and served as second-in-command of the Diplomatic Protection Group. He is an honorary agent of the US Army Criminal Investigation Command.
Loading...
or support indie stores by buying on