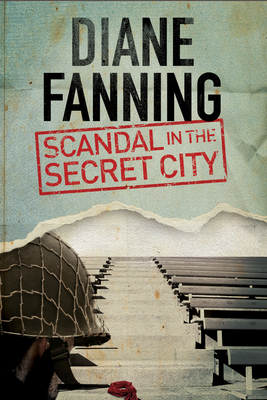 Scandal in the Secret City

From the author of the Lucinda Pierce series, comes a thrilling new mystery, set during the Second World War . . . Oak Ridge, Tennessee, otherwise known as the Secret City, rose seemingly overnight in 1942, built by the US Government. No one was quite sure what its purpose was or where it came from, but there was certainly something going on . . . Libby Clark, a gutsy Bryn Mawr graduate, is determined to find her place as a scientist in a world where women are thought better suited to housework and marriage. As the only female scientist in the top secret facility, Libby is excited to begin what she believes is important government research. She soon begins to suspect, however, that not all is as it seems. And to make matters worse, one frosty night she discovers the dead body of her roommate's sister sprawled behind the bleachers. No one else seems to think finding the killer is important and it's up to Libby to make sense of the situation. Aided by a band of like-minded scientists, Libby follows every possible lead until she comes to a shocking and unexpected conclusion.

Diane Fanning is a journalist and an Edgar Award Finalist author of twelve true crime books. She has been featured on the Biography, Investigation Discovery and Oxygen Networks, 48 hours, 20/20, the Today show, as well as interviewed by countless radio stations across the States and in Canada . Diane was born in Baltimore, Maryland, and now lives in Bedford Virginia..
Loading...
or support indie stores by buying on