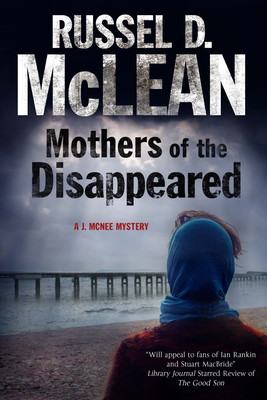 Mothers of the Disappeared

Dundee-based private investigator J. McNee finds his past is about to catch up with him in this intriguing mystery
Suspended from the Association of British Investigators and facing an enquiry into his alleged misconduct over four years previously, J McNee's career hangs in the balance. The last thing he needs is new business. But when the mother of a murdered child asks him to re-open a case he helped close during his time in the police, McNee can't refuse. Is the wrong man serving a life sentence for a series of brutal murders? And, if so, why did he admit his guilt before the court? As McNee searches for answers, he finds himself forced to make a terrifying moral choice: one that will change his life forever. An intriguing murder mystery involving many unexpected twists and turns, Mothers of the Disappeared blends the grit of classic American hardboiled fiction with a distinctly Scottish voice and attitude.