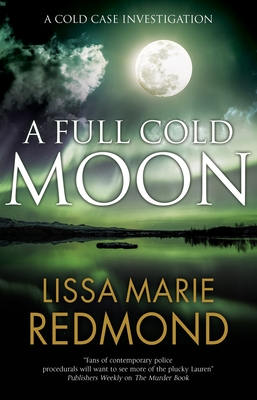 'Fans of police procedurals will want to read all in the series after this compelling, twisted story' - Library Journal Starred Review A murder of an Icelandic man during a Full Cold Moon reminds Lauren Riley of a previous case she failed to solve. She is determined not to let it happen again. Since her partner on the Cold Case team has been out of action after being shot in the line of duty, Lauren Riley has been working Homicide. Her latest case involves an Icelandic man murdered on the streets of Buffalo mere feet from his hotel. The brutality of the case hits Lauren hard. When she realizes the murder was committed on the night of a Full Cold Moon, it triggers memories of the first cold case she investigated that she's been unable to solve. Lauren is determined not to fail again but when she is involved in a shooting with a suspect, she finds the case may be taken out of her hands . . . especially when it gains attention from the Icelandic government.

Lissa Marie Redmond is a former cold case homicide detective for the Buffalo Police Department. After twenty-two years on the force she retired to pursue a "normal" life and used her experience to write the Cold Case Investigation mystery series starring Lauren Riley. She is also a member of Sister of Crime, a network with the aim of promoting the development of women crime writers.
Loading...
or support indie stores by buying on