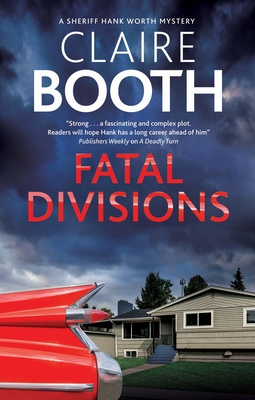 Family secrets and internal police politics cause trouble for Sheriff Hank Worth and his Chief Deputy Sheila Turley in this compelling mystery. Hank Worth has always been committed to his job as Branson sheriff, so getting him to take a break is difficult. But to everyone's surprise he agrees to take time off after a grueling case and visit a friend in Columbia, Missouri, leaving Chief Deputy Sheila Turley in charge. She quickly launches reforms that create an uproar, and things deteriorate even further when an elderly man is found brutally murdered in his home. As Sheila struggles for control of the investigation and her insubordinate deputies, Hank is not relaxing as promised. His Aunt Fin is worried her husband is responsible for the disappearance of one of his employees, and Hank agrees to investigate. The search for the missing woman leads to a tangle of deceit that Hank is determined to unravel . . . no matter the impact on his family.

Formerly a crime reporter for daily newspapers throughout the United States, Claire Booth has used this experience to write three previous Sheriff Hank Worth mystery novels based on small-town American life. She is also the author of one non-fiction book, The False Prophet: Conspiracy, Extortion, and Murder in the Name of God. She lives in California. http: //www.clairebooth.co
Loading...
or support indie stores by buying on