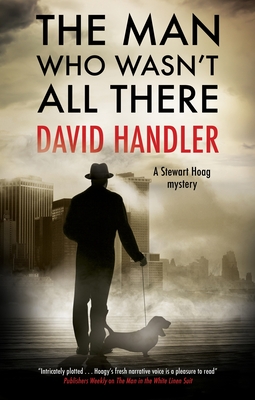 The latest installment of David Handler's Edgar Award-winning Stewart Hoag mystery series, set in 1990s' New York, sees the ghostwriter-sleuth and his faithful basset hound Lulu inadvertently make a dangerous enemy. After six glorious weeks of hard work on his long-overdue second novel, celebrity-ghostwriter Stewart Hoagy Hoag has hit a crossroads in his plot. He thinks a change of scenery will do him good - and he knows just the place. His ex-wife, the actress Merilee Nash, has offered him the use of her idyllic Connecticut farmhouse, while she's away shooting a movie in Budapest. Hoagy and his beloved basset hound Lulu settle in for a few days' rest and relaxation. Hoagy expects fall splendor, long walks and crisp night air. He doesn't expect Merilee's eccentric, unwelcoming neighbor. Austin Talmadge warns Hoagy not to get on his bad side, but what harm can a country oddball like Austin do? Quite a lot, it turns out. All Hoagy wants to do is relax and clear his head, but soon he's caught up in a strange, complex mystery - and he'll need all his wits about him, and Lulu's unerring nose, if he's to come out of this one alive . . .