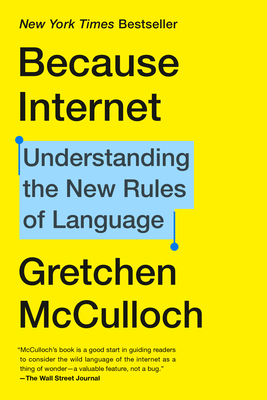 Gretchen McCulloch writes about linguistics for a general audience, especially internet language. She writes the Resident Linguist column at Wired (and formerly at The Toast). McCulloch has a master’s in linguistics from McGill University, runs the blog All Things Linguistic, and cohosts Lingthusiasm, a podcast that’s enthusiastic about linguistics. She lives in Montreal, but also on the internet.
Loading...
or support indie stores by buying on