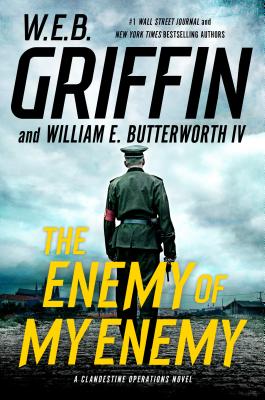 The Enemy of My Enemy (A Clandestine Operations Novel)

William E. Butterworth IV has been an editor and writer for more than 25 years, and has worked closely with his father for over a decade on the editing and writing of the Griffin books. He is coauthor with him of more than a dozen New York Times bestselling novels. He is a member of the Sons of the American Legion, China Post #1 in Exile; the Office of Strategic Services (OSS) Society; and a life member of the National Rifle Association and the Texas Rifle Association. He lives in Florida.
Loading...
or
Not Currently Available for Direct Purchase