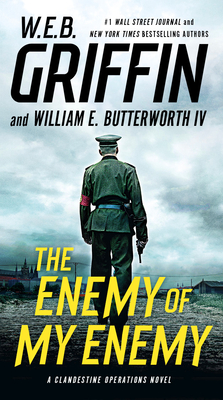 The Enemy of My Enemy (A Clandestine Operations Novel)

W. E. B. Griffin is the author of seven bestselling series: The Corps, Brotherhood of War, Badge of Honor, Men at War, Honor Bound, Presidential Agent, and Clandestine Operations. He lives in Fairhope, Alabama, and Buenos Aires, Argentina.

William E. Butterworth IV has been a writer and editor for major newspapers and magazines for more than thirty years, has worked closely with his father for several years on the editing and writing of the Griffin books, and is the coauthor with him of eighteen novels, most recently Broken Trust and Death at Nuremberg. He lives in St. Petersburg, Florida.