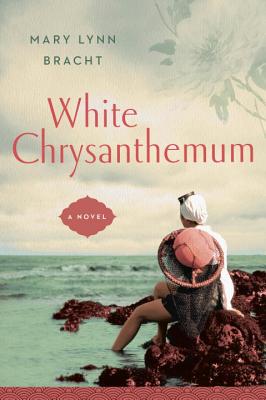 Mary Lynn Bracht completed an MA in Creative Writing at Birkbeck, University of London. An American author of Korean descent living in London, she grew up in a large ex-pat community of women who came of age in postwar South Korea. In 2002, Bracht visited her mother's childhood village, and it was during this trip she first learned of the “comfort women.” White Chrysanthemum is her first novel.

"If Min Jin Lee’s acclaimed bestseller Pachinko sparked an interest in stories of Korea under Japanese occupation during World War II, here’s your next read."—Newsday

“I read Hana and Emi's story with my heart in my mouth. A bold, devastating, important novel shot through with hope and beauty.”—Rachel Joyce, New York Times bestselling author of The Unlikely Pilgrimage of Harold Fry

“A psychologically acute, emotionally resonant novel....[R]ich with historical detail, White Chrysanthemum is a compelling and important account of civilian women’s lives during wartime.”—BookPage

“This moving and redemptive debut is a heart-breaker. It shines a light on the less explored aspects of wars....Absorbing and hypnotic.”—The Washington Book Review

“While committed to accurately portraying a period of devastating history, White Chrysanthemum is a moving tribute to haenyeo culture...and the enduring human spirit. Bracht plunges into the shattering world of comfort women....The more lyrical passages, particularly when describing the life of haenyeo, are refreshingly uplifting. Handling significant subjects with extreme sensitivity, Bracht writes with feeling and purpose that is inspiring and deeply affecting.”—The Seattle Book Review

“Masterfully crafted, Bracht’s mesmerizing debut novel is rich with historical detail and depth of emotion. This is a memorable story about the courage of Korean women during the Second World War.”—Publishers Weekly

“A debut novel about the Korean ‘comfort women’ prostituted by Japanese soldiers in World War II—and the strong bond between two sisters separated by the conflict....The book's author, an American of Korean descent, writes well—the passages describing the sisters' early lives are quite lyrical—and she's adept at weaving in historical material about Korea and its fraught relationship with Japan.”—Kirkus Reviews

“This captivating and heartbreaking debut novel honors the many thousands of women who were enslaved through WWII.”—Booklist

“A timeless, heart wrenching, emotionally powerful tale that will resonate with readers...Its message will not be easily forgotten.”—RT Book Reviews

“Bracht’s story manages to educate and entertain in equal measure without reading as a sermon. A triumph of humanity, White Chrysanthemum will seize you, keeping you held long after you’ve finished the final page.”—Dumpling Magazine

“A captivating, controlled and devastating book about the lives of two Korean sisters during the Second World War.... Brave, bold, important, this book is beautifully written with characters that will stay with you long after the final, unforgettable paragraph.”—Jackie Copleton, Bailey’s longlisted author of A Dictionary of Mutual Understanding

“A powerful account of a little discussed subject about the Second World War—comfort women enslaved by the Japanese army—but it’s also about the courage of the women involved who want to speak about their suffering and their cry for justice, peace and love.”—Xiaolu Guo, author of A Concise Chinese-English Dictionary for Lovers
or
Not Currently Available for Direct Purchase
Copyright © 2020 American Booksellers Association