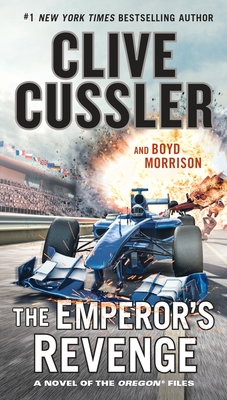 Boyd Morrison is the author of six adventures, including the four Tyler Locke novels, most recently The Roswell Conspiracy and The Loch Ness Legacy. He is also an actor and engineer, with a doctorate in engineering from Virginia Tech, who has worked on NASA’s space station project at Johnson Space Center and developed several patents at Thomson/RCA. In 2003, he fulfilled a lifelong dream by becoming a Jeopardy! champion. Morrison lives in Seattle.
Loading...
or support indie stores by buying on
(This book is on backorder)