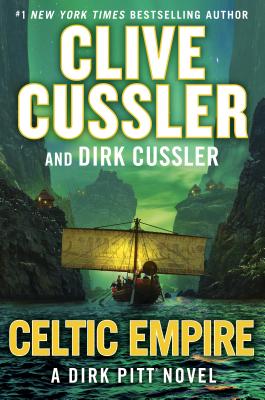 Clive Cussler, "The Grand Master of Adventure," sends his intrepid heroes Dirk Pitt and Al Giordino on their wildest, boldest mission into the ancient world, unlocking extraordinary secrets and solving hideous crimes. Another fabulous read from the most beloved series from the #1 New York Times-bestselling author.

The murders of a team of United Nations scientists in El Salvador. . . A deadly collision in the waterways off the city of Detroit. . . An attack by tomb raiders on an archaeological site along the banks of the Nile. . . Is there a link between these violent events? The answer may lie in the tale of an Egyptian princess forced to flee the armies of her father three thousand years ago.

Dirk Cussler, an MBA from Berkeley, worked for many years in the financial arena and now devotes himself full-time to writing. He is the coauthor with Clive Cussler of Black Wind and Treasure of Khan. For the past several years, he has been an active participant and partner in his father’s NUMA expeditions and served as president of the NUMA advisory board of trustees.
Loading...
or
Not Currently Available for Direct Purchase