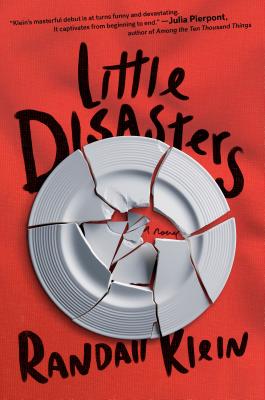 It was the exhilaration of new parenthood that first united Michael and Paul, outside the Brooklyn hospital where their wives, Rebecca and Jenny, had exiled them from the delivery room. For Paul, though, tragedy swiftly followed that euphoria. Hoping to speed his and Jenny's recovery, he turns to Michael for a favor, unwittingly kindling the spark of connection between these couples into the affair that will blow them apart.

One year later, on the same morning that the catastrophes of their personal lives come to an explosive head, a mysterious crisis in Midtown Manhattan all but shuts down the city, leaving both men stranded--Michael at the northernmost tip of the island and Paul in a dark subway tunnel under the East River. Each must make the arduous trek home through record-breaking heat, nervously eyeing the thin plume of smoke above the skyline, though it's their private turmoils that loom largest. Told in the alternating voices of these charismatic but deeply flawed men, Little Disasters deftly cuts between the suspense of the citywide disaster and the history of secrets, lies, and losses that has brought these four intertwined lives to the brink. Smart, unsparing, and bitingly funny, Randall Klein's debut is an engrossing story of the bonds of love and family--and our unending urges to test them, even when we need them most.

Randall Klein is a writer and book editor living in Charlottesville, Virginia. Little Disasters is his first novel.

“Klein has deftly crafted a domestic drama twisted around an intriguing mystery and the resulting novel is fun to read while emotionally impactful.” —Chicago Review of Books

“With refreshingly authentic humor and jagged characters, this debut depicts marriage at its greediest, and by the end, readers may find themselves torn over which relationships to root for.” —Associated Press

“Gripping pacing, matrimonial sabotage and emotional salvation collide in this heat wave of a novel about good Brooklynites gone bad.” —Courtney Maum, author of I Am Having So Much Fun Here Without You

“Randall Klein turns up the heat of suspense degree by degree in his haunting novel of lives unraveling. Little Disasters is an enthralling, beautifully written debut—nothing ‘little’ about it.” —Katherine Heiny, author of Standard Deviation and Single, Carefree, Mellow

"Twisting and turning on every page, LITTLE DISASTERS by Randall Klein pulls readers deep into the lives of two Brooklyn couples whose fates are entwined one night outside of a hospital delivery room. Expertly written and exciting, this novel explores what it means to face great loss-- and how to be even greater, as a parent, a partner, and a friend." —Kristopher Jansma, author of Why We Came to the City and The Unchangeable Spots of Leopards

“Infidelity and grief are strange yet entirely persuasive bedfellows in Little Disasters. With masterly command of two perspectives and two timelines, not to mention a dry wit and a sharpshooter’s eye for bourgeois Brooklyn detail, Randall Klein elegantly maps the mundane plains of domesticity, the fragile stability we enjoy until catastrophe upends it, and the escape tunnels people dig that often turn out to be deeper holes.” —Teddy Wayne, author of Loner and The Love Song of Jonny Valentine

“The quintessential subway read: that book that makes you miss your stop because you’re so caught up with the characters. Armed with an unflinching eye, Klein gives us the interior lives of two men as they grapple with fatherhood, infidelity, and the consequences of adult decisions. Riveting, funny, and honest.” —Eddie Joyce, author of Small Mercies

“Sharply observant . . . Klein is at his best making notes on the nuances of behavior in this particular tribe of Brooklynites advancing warily into maturity, and in tracking unsentimentally the progress of an affair . . . A well-composed chamber piece.” —Publishers Weekly