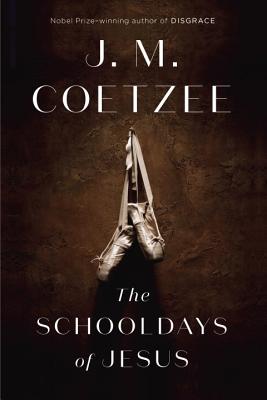 The Schooldays of Jesus

A New York Magazine Best Book of the Year

From the Nobel Prize-winning author J. M. Coetzee, the haunting sequel to The Childhood of Jesus, continuing the journey of Davíd, Simón, and Inés

“When you travel across the ocean on a boat, all your memories are washed away and you start a completely new life. That is how it is. There is no before. There is no history. The boat docks at the harbour and we climb down the gangplank and we are plunged into the here and now. Time begins.”

Davíd is the small boy who is always asking questions. Simón and Inés take care of him in their new town, Estrella. He is learning the language; he has begun to make friends. He has the big dog Bolívar to watch over him. But he’ll be seven soon and he should be at school. And so, with the guidance of the three sisters who own the farm where Simón and Inés work, Davíd is enrolled in the Academy of Dance. It’s here, in his new golden dancing slippers, that he learns how to call down the numbers from the sky. But it’s here, too, that he will make troubling discoveries about what grown-ups are capable of. In this mesmerizing allegorical tale, Coetzee deftly grapples with the big questions of growing up, of what it means to be a “parent,” the constant battle between intellect and emotion, and how we choose to live our lives.

Praise For The Schooldays of Jesus…

“[The Schooldays of Jesus is] a kind of fusion genre blending the energy of philosophical dialogue, the warmth and unprogrammed humor of father-son repartee, the emotional potency of a family romance and finally the uncanny suggestion of allegory (womb as ship, birth as disembarkation). The result is rich, dense, often amusing and, above all, full of inner tension and suspense.”—New York Times Book Review

“Freed from literary convention, Coetzee writes not to provide answers, but to ask great questions.” —The Economist

“The Schooldays of Jesus is a powerful novel that steamrolls through the reader’s mind with many striking ideas and beliefs. Propelled by the battle between two different philosophies, the philosophy of the higher realm of passion and fantasy and the philosophy of the orderly, measurable world of rationality, The Schooldays of Jesus explores a striking quest for meaning.”—New York Journal of Books

“Coetzee has an impeccable ear for the tender patter between a curious child and a conscientious father figure who never wants to lose his patience . . . There’s no denying the haunting quality of Coetzee’s measured prose, his ability to suspend ordinary events in a world just a few degrees away from our own." —The Washington Post

“Coetzee delivers a beautiful sequel in The Schooldays of Jesus . . . They are tender, supple works written by a man who engages with the world in a range of moods: from the serious political and ethical thrust of his South African novels to the artistically playful temper of his late style . . . pure poetry.”—Charleston Post and Courier

“Many scenes have the qualities of miniature Socratic dialogues. Their pleasures are pure, as Coetzee has cleared away modern prejudices and stripped his characters’ philosophical conversations to a skeletal core . . . there’s a stark beauty to these novels of ideas and the haunting images that infuse them: a young boy pondering a bird with a broken wing, a beautiful woman turned blue by death, an old man trying to dance.” —New York Magazine

“As compelling, and confounding, as its predecessor.” —Booklist (starred)

Praise for J.M. Coetzee and The Childhood of Jesus

“[The Childhood of Jesus] plunges us at once into a mysterious and dreamlike terrain. . . . A Kafka-inspired parable of the quest for meaning itself.” —Joyce Carol Oates, The New York Times Book Review (front page)

“A return to form . . . [Coetzee’s] most brisk and dazzling book.” —Benjamin Lytal, The Daily Beast

“[Coetzee] is a consummate withholder, one of the great masters of the unsaid and the inexplicit.” —The New York Review of Books

“[Coetzee’s] great talent has always been to make the reader . . . feel as though he is writing for her alone, challenging her to ask herself the same questions he puts to his characters. . . . The Childhood of Jesus . . . explores the enduring question of what a just and compassionate world might look like.” —The Nation

“[The Childhood of Jesus] is the story of a boy named Davíd. . . . His character is both uniquely and universally profound. In one moment, he is like no child to have ever existed. In the next moment, he captures perfectly the essence of all children, everywhere.” —The Atlantic (Best Books Read This Year)

“Captivating and provocative . . . Coetzee’s precise prose is at once rich and austere, lean and textured, deceptively straightforward and yet expansive, as he considers what is required, not just of the body, but by the heart.” —Publishers Weekly (starred review)

J. M. Coetzee won the Nobel Prize in Literature in 2003 and is the author of twenty-two books, which have been translated into many languages. He was the first author to twice win the Booker Prize. A native of South Africa, he now lives in Adelaide, Australia.
Loading...
or
Not Currently Available for Direct Purchase