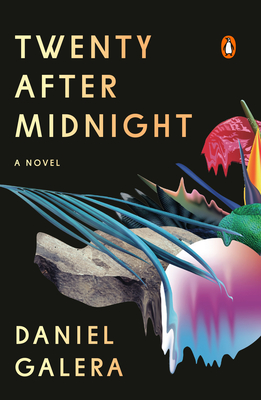 Praise For Twenty After Midnight: A Novel…

"[Galera] writes with a heady, voracious energy captured in robust prose by Sanches. Masterfully picking away at the impotence and disappointments of this aging band of literary provocateurs, Galera presents a vision of failed promise — of a generation and country." —The New York Times Book Review

“Like a well-made song in a minor key, Galera darkens his narrative with an honesty that feels cleansing. . . . [A] vibrant tale of a generation in crisis.” —Kirkus, starred review

Daniel Galera is a Brazilian writer and translator. He was born in São Paulo, but lives in Porto Alegre, where he has spent most of his life. He has published five novels in Brazil to great acclaim, including The Shape of Bones and Blood-Drenched Beard, which was awarded the 2013 São Paulo Literature Prize. In 2013 Granta named Galera one of the Best Young Brazilian Novelists and in 2017 he was chosen by Freeman's as one of the international authors representing the future of new writing. He has translated the work of Zadie Smith, John Cheever, and David Mitchell into Portuguese.
Loading...
or
Not Currently Available for Direct Purchase