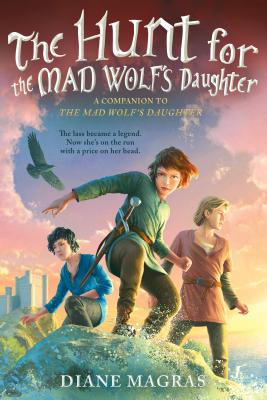 The Hunt for the Mad Wolf's Daughter

“The Hunt for the Mad Wolf’s Daughter by Diane Magras is that rare sequel that both builds on and outdoes its predecessor. Exciting and fulfilling, the book expands on the themes of moral tension wrought between individual conscience and family ties, along with a well developed array of friendships and heart-pounding action scenes.”—Publishers Weekly ShelfTalker, written by Kenny Brechner, DDG Books

Diane Magras is the author of The New York Times Editors' Choice The Mad Wolf's Daughter, as well as its companion novel, The Hunt for the Mad Wolf's Daughter. She's addicted to tea, castles, legends, and most things medieval. She lives in Maine with her husband and son and thinks often of Scotland, where her books are set.
Loading...
or
Not Currently Available for Direct Purchase