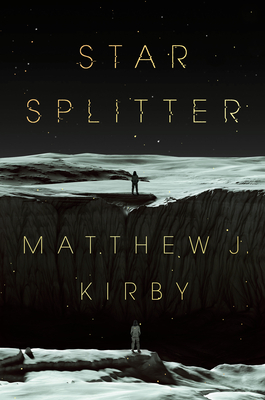 Crash-landed on a desolate planet lightyears from Earth, sixteen-year-old Jessica Mathers must unravel the mystery of the destruction all around her—and the questionable intentions of a familiar stranger. Pulse-pounding YA science fiction from award-winning author Matthew J. Kirby.

For Jessica Mathers, teleportation and planetary colonization in deep space aren’t just hypotheticals—they’re real. They’re also the very real reason her scientist parents left her behind six years ago. Now she is about to be reunited with them, forced to leave behind everyone she knows and loves, to join their research assignment on Carver 1061c, a desolate, post-extinction planet almost 14 lightyears from Earth.

Teleportation is safe and routine in the year 2198, but something seems to have gone very, very wrong. Jessica wakes up in an empty, and utterly destroyed, landing unit from the DS Theseus, the ship where she was supposed to rendezvous with her parents. But Jessica isn’t on the Theseus orbiting Carver 1061c. The lander seems to have crashed on the planet’s surface. Its corridors are empty and covered in bloody handprints; the machines are silent and dark. And outside, in the alien dirt, are the carefully, and recently, marked graves of strangers.

Matthew J. Kirby is the critically acclaimed and award-winning author of the middle grade novels The Clockwork Three, Icefall, The Lost Kingdom, Infinity Ring Book 5: Cave of Wonders, and The Quantum League series, the Dark Gravity Sequence, and the Assassin’s Creed series, Last Descendants. He was named a Publishers Weekly Flying Start, he has won the Edgar Award for Best Juvenile Mystery, the PEN Center USA award for Children’s Literature, and the Judy Lopez Memorial Award, and has been named to the New York Public Library’s 100 Books for Reading and Sharing, and the ALA Best Fiction for Young Adults lists. He is also a school psychologist, and currently lives in Utah with his wife and three step-kids.
Loading...
or support indie stores by buying on