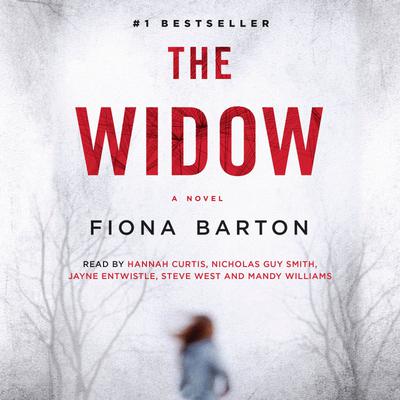 A loving husband or a heartless killer...she'd know, wouldn't she?

There's a lot Jean hasn't said over the years about the crime her husband was suspected of committing. She was busy being the perfect wife, standing by her man while living with accusing glares and anonymous harassment. Now her husband is dead, and there's no reason to stay quiet. People want to hear her story. They want to know what it was like living with that man. She can tell them there were secrets. There always are in a marriage.
The truth--that's all anyone wants. But the one lesson Jean has learned in the last few years is that she can make people believe anything. For the reporter who has secured the exclusive interview, this is the scoop of a lifetime. For the detective who has lived a half-life since he failed to get justice for the victim, it is a chance to get at the truth that has eluded him for so long. For Jean, it's a chance to defend herself, what she knew--and when.
This is the tale of a missing child, narrated by the wife of the main suspect, the detective leading the hunt, and the journalist covering the case. It's a brilliantly ominous, psychologically acute portrait of a marriage in crisis--perfect for fans of The Silent Wife and The Girl on the Train.

FIONA BARTON, the New York Times bestselling author of The Widow and The Child, trains and works with journalists all over the world. Previously, she was a senior writer at the Daily Mail, news editor at the Daily Telegraph, and chief reporter at the Mail on Sunday, where she won Reporter of the Year at the British Press Awards.

HANNAH CURTIS is best known for her work on television shows such as Hollyoaks, Urban Gothic, Family Affairs, and ER.  She has also starred in many commercials and has done voiceover work in both the UK and the USA.

NICHOLAS GUY SMITH is an award-winning audiobook narrator and a much sought-after voice actor for film trailers, commercials, and documentaries. He has voiced characters for Disney, Warner Bros., Universal, and the Cartoon Network. A postgraduate of Cambridge University, he resides in Los Angeles.