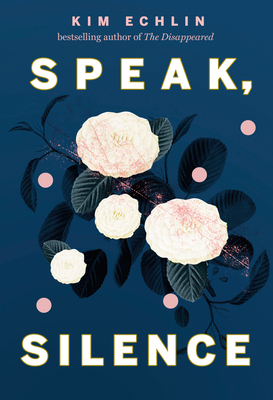 WINNER OF THE 2021 TORONTO BOOK AWARD

NOMINATED FOR THE 2022 EVERGREEN AWARD

From the internationally bestselling and Giller-shortlisted author of The Disappeared, an astounding, poetic novel about war and loss, suffering and courage, and the strength of women through it all.

It’s been eleven years since Gota has seen Kosmos, yet she still finds herself fantasizing about their intimate year together in Paris. Now it’s 1999 and, working as a journalist, she hears about a film festival in Sarajevo, where she knows Kosmos will be with his theatre company. She takes the assignment to investigate the fallout of the Bosnian war—and to reconnect with the love of her life.

But when they are reunited, she finds a man, and a country, altered beyond recognition. Kosmos introduces Gota to Edina, the woman he has always loved. While Gota treads the precarious terrain of her evolving connection to Kosmos, she and Edina forge an unexpected bond. A lawyer and a force to be reckoned with, Edina exposes the sexual violence that she and thousands of others survived in the war. Before long, Gota finds her life entwined with the community of women and travels with them to The Hague to confront their abusers. The events she covers—and the stories she hears—will change her
life forever.

Written in Kim Echlin’s masterfully luminescent prose, Speak, Silence weaves together the experiences of a resilient sisterhood and tells the story of the real-life trial that would come to shape history. In a heart-wrenching tale of suffering and loss and a beautiful illustration of power and love, Echlin explores what it means to speak out against the very people who would do anything to silence you.

WINNER OF THE 2021 TORONTO BOOK AWARD

NOMINATED FOR THE 2022 EVERGREEN AWARD

“[P]owerful . . . an incredibly forceful book that insists readers sit up and pay attention; despite the gains made with the Foča trial, most of us continue to turn a blind eye to abuses taking place around the world. With [Speak, Silence], Echlin demands more of us.”
—Quill & Quire, starred review

“Through a story of tragedy and community rebuilding, Speak, Silence hooks the reader from the beginning to the last page. . . . In an impeccably well-researched text, Kim Echlin portrays the horrors of the Bosnian war through the stories of systemic sexual assault in three generations of a Muslim family. With prose that portrays both horror and hope, Echlin takes the reader on a journey that follows women of all ages as they force the world to acknowledge for the first time that rape is not only a crime against an individual, it is also a crime against humanity.”
—2021 Toronto Book Awards Jury

“The chess [in Speak, Silence] echoes the strategy and flexibility of the courtroom, with the dogged, methodical preparation and the psychodynamics of each side. . . . Echlin’s books, difficult as their subjects can be, are much more than worth the pain. Beyond their considerable literary merit and pleasure, they offer a richer, deeper, truer entrée than non-fiction can provide into happenings we would often prefer to ignore. They give us a peerless chance to listen.”
—Literary Review of Canada

“[A] necessary novel. . . . Speak, Silence is a bridge between those purely fictional stories of women’s trauma at the hands of men, and the purely non-fiction books about the war crime of rape. . . . [Y]ou need to read this book.”
—Toronto Star

“Writing about living through a war draws on some of our most volatile emotions and fears—the balance between trauma and sensationalism is a precarious one. Writing about the rage and humiliation of women raped in war takes this already precarious balance several degrees further. Speak, Silence ushers us into a community of women who guide us with sensitivity, clarity and love through their resistance to being stereotyped as victims.”
—Ellen Elias-Bursac, translator of South Slavic languages and author of Translating Evidence and Interpreting Testimony at a War Crimes Tribunal

“Between 1991 and 1995, an estimated 60,000 women were raped in wars in the former Yugoslavia. But the women did not allow these rapes to become an historical footnote or ‘collateral damage.’ They witnessed their ordeal in The Hague's International Tribunal. Thanks to these women, the world understood—for the first time—rape as a weapon of war and found the accused guilty of a Crime Against Humanity. This carefully researched and well-crafted novel, based on these true events, is an impressive monument to the women.”
—Slavenka Drakulić, journalist and author of They Would Never Hurt a Fly

“[Speak, Silence] is a testament both to empathy and also to its limits. . . . It’s brutal in a sense, but just as beautiful, Echlin embodying both-ness again by making death-and-violence and undying love both absolutely true at once.”
—Kerry Clare, author of Mitzi Bytes and Waiting for a Star to Fall

“Speak, Silence is well-researched and beautifully crafted. The narrative slips through time, sometimes moving quickly through events and sometimes in slow and deliberate detail. Echlin’s prose is both succinct and eloquent, and her dialogue shines, sometimes more in what isn’t said than what is on the page. . . . [It] is a crushing call to bear witness to the brutal crimes committed against women in the Yugoslav wars.”
—Cloud Lake Literary

“[Echlin] writes with the beauty of a poet, and the empathy of a family member. . . . [Speak, Silence] is a tender meditation on female strength, our willpower, and our motivation to simply keep going. . . . Echlin gives us a glimpse into this unexplainable dichotomy in a memorable novel that is sure to hit the prize lists.”
—Book Reviews for Bookworms

Award-winning author KIM ECHLIN lives in Toronto. She is the author of Elephant Winter and Dagmar's Daughter, and her third novel, The Disappeared, was shortlisted for the Scotiabank Giller Prize, won the Barnes & Noble Discover Great New Writers Award for Fiction and was published in 20 countries. Her novel Under the Visible Life was critically acclaimed, endorsed by Khaled Hosseini and declared "nothing short of a masterpiece" by Quill & Quire. Her most recent novel is Speak, Silence.
Loading...
or
Not Currently Available for Direct Purchase