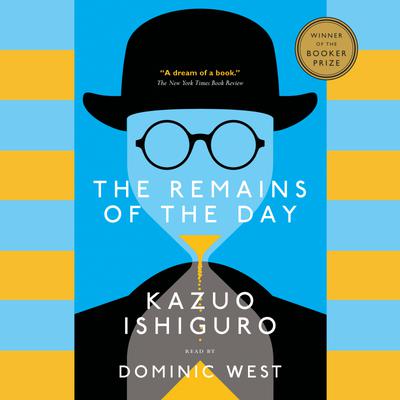 The Remains of the Day (Digital Audiobook)

Kazuo Ishiguro's Booker Prize-winning masterpiece became an international bestseller on publication, was adapted into an award-winning film, and has since come to be regarded as a modern classic.

The Remains of the Day is a spellbinding portrayal of a vanished way of life and a haunting meditation on the high cost of duty. It is also one of the most subtle, sad and humorous love stories ever written. It is the summer of 1956, when Stevens, a man who has dedicated himself to his career as a perfect butler in the one-time great house of Darlington Hall, sets off on a holiday that will take him deep into the English countryside and, unexpectedly, into his own past, especially his friendship with the housekeeper, Miss Kenton. As memories surface of his lifetime "in service" to Lord Darlington, and of his life between the wars, when the fate of the continent seemed to lie in the hands of a few men, he finds himself confronting the dark undercurrent beneath the carefully run world of his employer.