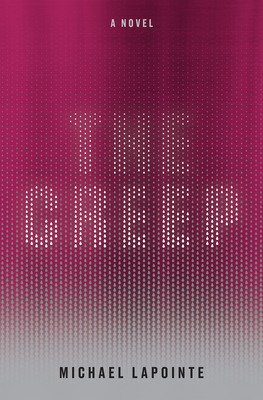 A journalist with a history of bending the facts uncovers a story about a medical breakthrough so astonishing it needs no embellishment--but behind the game-changing science lies a gruesome secret.

A respected byline in the culture pages of the venerable New York magazine The Bystander, journalist Whitney Chase grapples with a mysterious compulsion to enhance her coverage with intriguing untruths and undetectable white lies. She calls it "the creep"--an overpowering need to improve the story in the telling. And she has a particular genius for getting away with it.

In the immediate aftermath of 9/11, Whitney yearns to transition from profiling rock stars and novelists to covering the stories that "really matter." When a chance encounter brings her face-to-face with a potentially massive story about a game-changing medical discovery, Whitney believes she's finally found a story that doesn't need any enhancement. The brilliant and charismatic doctor behind the breakthrough claims she's found "the Holy Grail of medical science": a synthetic blood substitute that, if viable, promises to save millions of lives, and make her corporate backers rich beyond measure. But when Whitney's investigation of this apparent medical miracle puts her on the trail of a string of grisly fatalities across the country, she becomes inexorably tied to a much darker and more nefarious story than even she could imagine.

Set against the ramp-up to the US invasion of Iraq and the decline of print journalism, Michael LaPointe's panoramic, ingeniously plotted debut paints an affecting portrait of an increasingly unequal twenty-first century, exploring how deceitfulness, self-enhancement, and confidently delivered lies can be transfused into fact and constitute a broader violence against the social fabric and public trust.

Praise For The Creep…

"A deep, weird and uncanny tale. I stayed up all night reading and then it gave me nightmares.” —Sheila Heti, author of Motherhood and How Should a Person Be?

"Once I started reading The Creep, I didn't stop. Equal parts strange and engrossing. A book to devour." —Iain Reid, author of Foe and I’m Thinking of Ending Things

“Sinister good fun, full of dark insights into the cracked psyche of this era.” —Lee Henderson, author of The Road Narrows As You Go

“It is so refreshing to read a novel from an author who actually seems like they were alive when they wrote it. Casually gripping and unassumingly smart, Michael LaPointe’s The Creep is convincingly disguised as a thriller, but beneath the intrigue and expert plotting is something much more serious, and sad.” —Lauren Oyler, author of Fake Accounts

“[A] dark, cunning thriller. . . . [T]he delicious blend of pulp, intricate plotting, and evocative prose reminded me of John LeCarre, the master of highbrow literary thrills. . . . LaPointe has crafted an intellectually ambitious yet relentlessly entertaining mystery, one that can be enjoyed for its literary skill as much as its plot twists. . . . A compulsively-readable novel that will grip you all the way to the chilling climax.” —Vancouver Sun

“Like all high-velocity thrillers, this one is loaded with grisly twists. . . . But it also taps into the fears that linger in all of our newsfeeds. . . . [The Creep is] eerie, sharp and a little zany—the perfect escapist read for a rainy cottage weekend.” —Reader’s Digest Canada

“The name says it all: This book about a journalist who comes across a story just too good to be true is decidedly creepy.” —Canadian Living

MICHAEL LaPOINTE's writing has appeared in The Atlantic, The New Yorker, The New York Times, and the Times Literary Supplement. He writes the "Dice Roll" column for The Paris Review. His fiction has appeared in The Walrus and Hazlitt. He has been nominated for the National Magazine Awards, the Journey Prize, and the Digital Publishing Awards, and his fiction has been anthologized in Best Canadian Stories. He lives in Toronto.
Loading...
or support indie stores by buying on