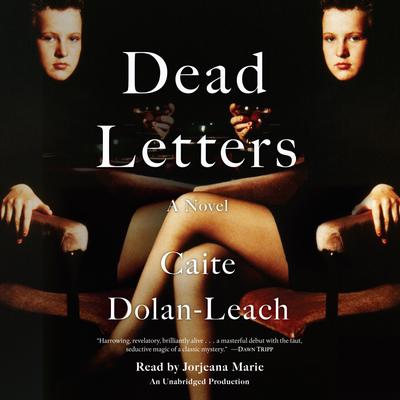 A missing woman leads her twin sister on a twisted scavenger hunt in this clever debut novel with eccentric, dysfunctional characters who will keep you guessing until the end—for readers of Luckiest Girl Alive and The Wife Between Us.

Ava has her reasons for running away to Paris. But when she receives the shocking news that her twin sister, Zelda, is dead, she is forced to return home to her family’s failing vineyard in upstate New York. Knowing Zelda’s penchant for tricks and deception, Ava is not surprised when she receives her twin’s cryptic message from beyond the grave. Following her sister’s trail of clues, Ava immerses herself in Zelda’s drama and her outlandish circle of friends and lovers, and soon finds herself confronted with dark family legacies and twisted relationships. Is Zelda trying to punish Ava for leaving? Or is she simply trying to write her own ending? Caite Dolan-Leach’s debut thriller is a literary scavenger hunt for secrets hidden everywhere from wine country to social media, and buried at the dysfunctional heart of one utterly unforgettable family.

“Dolan-Leach writes like Paula Hawkins by way of Curtis Sittenfeld.”—Amy Gentry, author of Good as Gone

“A sharp, wrenching tale of the true love only twins know . . . Dolan-Leach nimbly entwines the clever mystery of Agatha Christie, the wit of Dorothy Parker, and the inebriated Gothic of Eugene O’Neill.”—Kirkus Reviews

“A smart, dazzling mystery . . . Dolan-Leach revels in toying with both Ava and her audience . . . and the result is captivating.”—Publishers Weekly (starred review)

“Draws you in like you are part of the story itself, living and breathing alongside the compelling characters as they uncover the dark secrets of their complicated family.”—Wendy Walker, author of All Is Not Forgotten

“Push-pull tension . . . This book is wine-soaked yet lucid, comforting and frightening, asking the big questions about intimacy and loyalty.”—Caroline Kepnes, author of You
Loading...