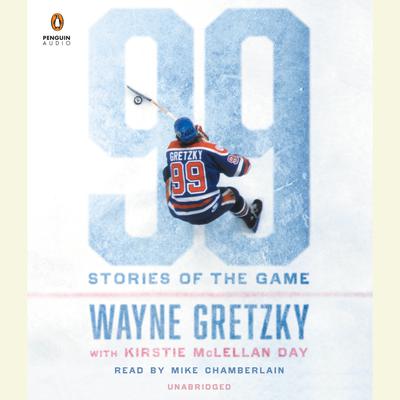 “The Great One” weaves memories of his legendary career with an inside look at the sport of professional hockey, and the heroes and stories that inspired him.

Wayne Gretzky, nicknamed “The Great One,” is considered by many to be the greatest hockey player ever. He is the leading scorer in NHL history, and is the only NHL player to total more than two hundred points in one season—a feat he accomplished four times. At the time of his retirement in 1999, he held sixty-one separate NHL records (forty regular season, fifteen playoff, and six All-Star)—and still holds most of them today. His honors include 31 Hart, Art Ross, Conn Smythe, Lester B. Pearson, and Lady Byng trophies and awards.
His teams included the Edmonton Oilers (1979–1988, including four Stanley Cups), the Los Angeles Kings (1988–1996, including a Stanley Cup final), the St. Louis Blues (1996), and the New York Rangers (1996–1999). Following his retirement, he became the ninth and final player to be ushered into the Hall of Fame with no waiting period, and the first to have his jersey number retired league-wide.
Among his activities since, he has been minority owner and head coach of the Phoenix Coyotes and executive director of Canada’s 2002 gold medal-winning men’s hockey team, and is a restaurateur, winemaker, and philanthropist with his own Wayne Gretzky Foundation. He lives with his family in Westlake Village, California.