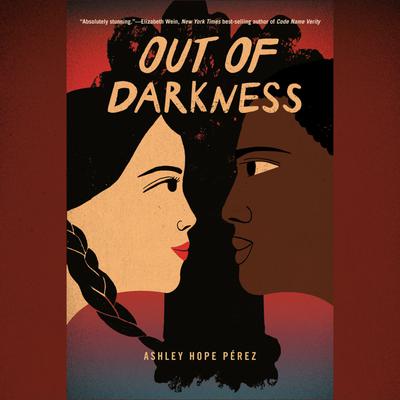 Out of Darkness (Digital Audiobook)

"This is East Texas, and there's lines. Lines you cross, lines you don't cross. That clear?"

New London, Texas. 1937. Naomi Vargas and Wash Fuller know about the lines in East Texas as well as anyone. They know the signs that mark them. They know the people who enforce them. But sometimes the attraction between two people is so powerful it breaks through even the most entrenched color lines. And the consequences can be explosive.

Ashley Hope Pérez takes the facts of the 1937 New London school explosion the worst school disaster in American history as a backdrop for a riveting novel about segregation, love, family, and the forces that destroy people.

Ashley Hope Pérez grew up in Texas and served in the Teach for America Corps in a neighborhood similar to the one depicted in her debut novel, What Can't Wait. She has worked as a translator and is completing a PhD in comparative literature. She spends most of her time reading, writing, listening to audiobooks, and teaching college classes on vampire literature and Latin-American women writers. For fun, she bakes cookies and runs. She lives in Indiana with her husband, Arnulfo, and their son, Liam Miguel.