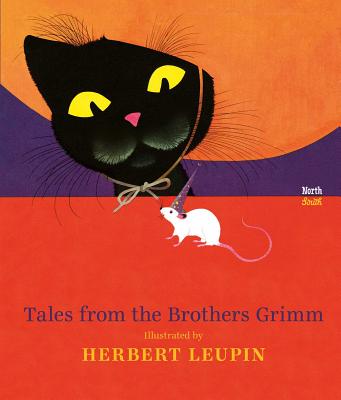 Tales From the Brothers Grimm

Herbert Leupin's bold, colorful illustrations bring new life to these 9 favorite Grimm's fairy tales: Hans in Luck; Hansel and Gretel; The Brave Little Tailor; Snow White and the Seven Dwarfs; The Wishing Table, the Gold-Ass, and the Cudgel in the Sack; The Wolf and the Seven Little Kids; Puss in Boots; Sleeping Beauty; and Mother Holle.

Herbert Leupin (1918-1999) studied at the Kunstgewerbeschule in Basel, Switzerland and the Ecole Paul Colin in Paris, France. He was considered to be one of the most important poster artists in the fifties. He was famous for his innovative humor and his f
Loading...
or support indie stores by buying on
(This book is on backorder)