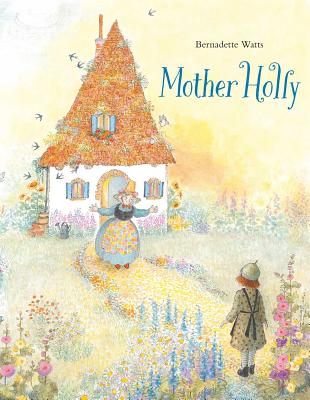 This Brothers Grimm classic fairy tale about a spoiled daughter and a lovely step-daughter demonstrates how being honest and hardworking pays off in the long run.

Bernadette Watts, known throughout Europe simply as Bernadette, has illustrated many dozens of folk- and fairy tales. Born in England, she loved to draw from childhood. She studied at the Maidstone Art School in Kent, UK, for a time under the tutelage of Brian Wildsmith. Bernadette’s many beautiful books include The Snow Queen and The Bremen Town Musicians. Bernadette finds her inspiration in nature. Today she lives and works in Kent. She has been illustrating for NorthSouth Books and NordSüd Verlag since the beginning of her career fifty years ago.
or
Not Currently Available for Direct Purchase
Copyright © 2020 American Booksellers Association