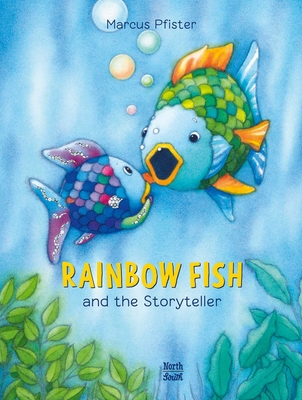 Rainbow Fish and the Storyteller

When Rainbow Fish meets a new friend, Humbert, he isn’t sure what to think. Humbert tells all kinds of strange stories: Somewhere at the bottom of the ocean there’s a plug!

There’s a blue whale living near here . . . and he’s going to eat up all of our food.

Praise For Rainbow Fish and the Storyteller…

"The familiar characters taking on an unusual topic make this a book to consider anywhere this series is popular."
— School Library Journal

It is a book that deserves a place in every library.
—