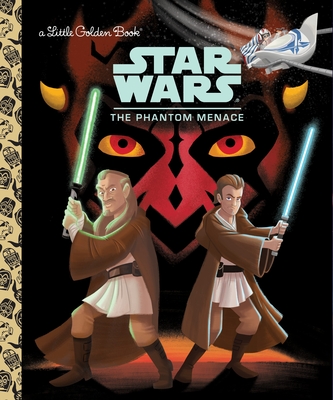 The epic space saga, Star Wars: The Phantom Menace, is finally retold in the iconic Little Golden Book format! Anakin Skywalker, a young boy strong with the Force, is discovered on Tatooine. Meanwhile, the evil Sith have returned, enacting their plot for revenge against the Jedi. Featuring stunning retro illustrations, this book is perfect for Star Wars--and Little Golden Book--fans of all ages!

Courtney Carbone studied English and creative writing in the United States and Australia before becoming a children’s book writer and editor in New York City. She has written several books, including Darcy Swipes Left, srsly Hamlet, and Macbeth #killingit.