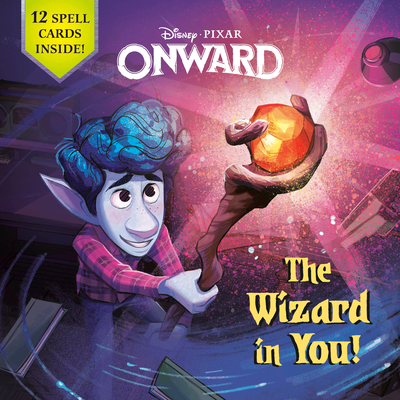 The Wizard in You! (Disney/Pixar Onward) (Pictureback(R))

This full-color storybook featuring collector cards is based on Disney/Pixar's Onward--now streaming on Disney+!

Set in a suburban fantasy world, Disney and Pixar's Onward introduces two teenage elf brothers, Barley (voice of Chris Pratt) and Ian (voice of Tom Holland), who embark on an extraordinary quest to spend a day with their late dad. Along the way, they meet The Manticore (voice of Octavia Spencer) who later teams up with their mom, Laurel (voice of Julia Louis-Dreyfus), to find them before they unleash a dangerous curse. Brought to you by the team behind 2013's Monsters University, Onward is now streaming on Disney+. This deluxe Pictureback based on Disney and Pixar's Onward comes with collector cards! It's perfect for girls and boys ages 3 to 7.