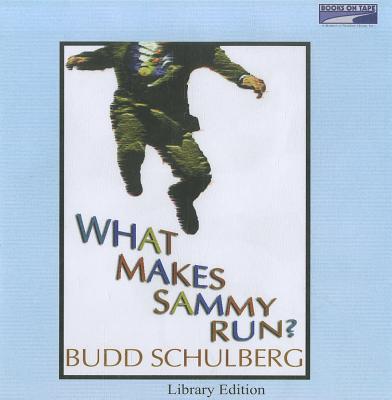 First published fifty years ago to tumultuous praise and protest, WHAT MAKES SAMMY RUN? shaped two generations' view of the movie business and introduced Sammy Glick, the archetypal Hollywood player. Sammy's got a machete mouth and a genius for the double cross. As Budd Schulberg - author of the screenplay of ON THE WATERFRONT - follows Sammy's relentless upward progress, he creates a virtuoso study in character that manages to be hilariously appalling yet deeply compassionate.

Budd Schulberg wrote On the Waterfront, which was made into a movie starring Marlon Brando, and The Harder They Fall, which was made into a movie starring Humphrey Bogart. He won an Oscar for the screenplay of On the Waterfront, several awards for his film A Face in the Crowd, and a Tony nomination for his Broadway adaptation of The Disenchanted. He attributed his ability to adapt his own work to stage or screen to his upbringing in Hollywood, where his father ran a major motion-picture studio. He died in 2009 at the age of ninety-five. Scott Brick, an acclaimed voice artist, screenwriter, and actor, has performed on film, television, and radio. His stage appearances throughout the US include Cyrano, Hamlet, and MacBeth. In the audio industry, Scott has won over 20 Earphones Awards, as well as the 2003 Audie Award in the Best Science Fiction category for Dune: The Butlerian Jihad. After recording nearly 250 books in five years, AudioFile Magazine named Scott "one of the fastest-rising stars in the audiobook galaxy" and proclaimed him one of their Golden Voices. Brick's range is unparalleled as he reads thrillers to narrative nonfiction, from biographies to science fiction with aplomb.
Loading...
or
Not Currently Available for Direct Purchase