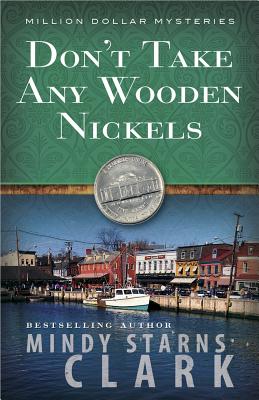 Attorney Callie Webber investigates nonprofit organizations for the J.O.S.H.U.A. Foundation and awards the best of them grants up to a million dollars. In each book of the series, A young widow, Callie finds strength in her faith in God and joy in her relationship with her employer, Tom.

In book number two of The Million Dollar Mystery series, Callie is working to provide quality professional clothes to women who can't afford to buy their own. She soon becomes involved with one young woman who is trying to come out of drug rehabilitation--just as she's charged with murder.
What appears to be a routine murder investigation in her hometown on the Chesapeake suddenly becomes complicated amid international intrigue, cutting-edge technology, and deadly deception. A string of heart-pounding events lands her disastrously in the hands of the killer, where Callie finds she has less than a moment for a whispered prayer. Will help arrive in time?