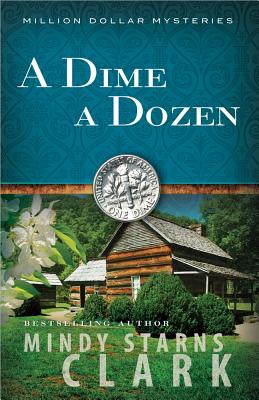 A Dime a Dozen

Attorney Callie Webber investigates nonprofit organizations for the J.O.S.H.U.A. Foundation and awards the best of them grants up to a million dollars. In this series, Callie comes across a mystery she must solve using her skills as a former private investigator. A young widow, Callie finds strength in her faith in God and joy in her relationship with her employer, Tom.
---
In book number three of The Million Dollar Mystery series, Callie suddenly finds herself involved in the life of a young wife and mother whose husband has disappeared...possibly the victim of foul play.

Callie has come to the beautiful Smoky Mountains hoping to award a million-dollar grant to the charity set up in the woman's late husband's honor. But in the search for a missing migrant worker, a body is discovered, which puts the grant on hold and her new romance with her mysterious boss in peril. Trusting in God, Callie forges steadily ahead through a mire of clues that lead her deeper and deeper into danger.