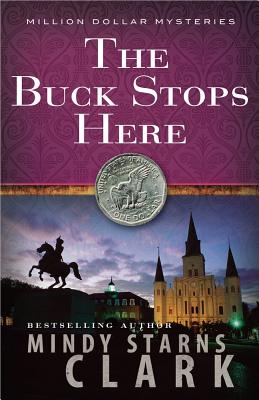 From award-winning and bestselling author Mindy Starns Clark comes the fast-paced and inspirational Million Dollar Mystery series. Now with new covers, the series has a dynamic, attractive look to appeal to even more readers.

In book five of this popular series, when Callie learns that the man she loves is somehow connected to the man who killed her late husband, she confronts Tom. But he informs her that the National Security Agency prohibits him from telling her anything.

Despite the secrecy surrounding Tom and the NSA, Callie decides to find out for herself exactly what is going on and how Tom may have been involved in her husband's death. Using her investigative skills, Callie throws herself into the most important mystery she has ever attempted to solve.

Will their affection be able to stand the strain? And what was God's plan in bringing Tom and Callie together--marriage or merely answers for her questions about Bryan's death?

Mindy Starns Clark is the author of many books, which include the popular Smart Chick Mysteries, Whispers of the Bayou, Shadows of Lancaster County, and Under the Cajun Moon. In addition, Mindy's plays and musicals have been featured in schools and churches across the United States.
Loading...
or
Not Currently Available for Direct Purchase