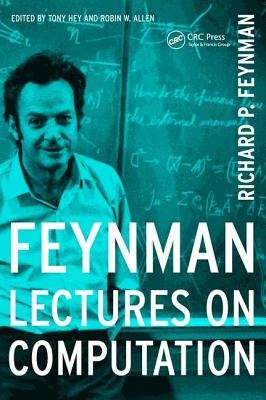 When, in 1984?86, Richard P. Feynman gave his famous course on computation at the California Institute of Technology, he asked Tony Hey to adapt his lecture notes into a book. Although led by Feynman, the course also featured, as occasional guest speakers, some of the most brilliant men in science at that time, including Marvin Minsky, Charles Bennett, and John Hopfield. Although the lectures are now thirteen years old, most of the material is timeless and presents a ?Feynmanesque? overview of many standard and some not-so-standard topics in computer science such as reversible logic gates and quantum computers.

Richard P. Feynman was raised in Far Rockaway, New York, and received his Ph.D. from Princeton. He held professorships at both Cornell and the California Institute of Technology. In 1965 he received the Nobel Prize for his work on quantum electrodynamics. He died in 1988.
Loading...
or support indie stores by buying on