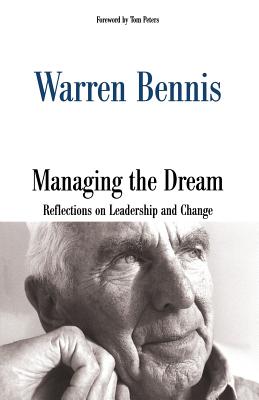 Warren Bennis has become synonymous with leadership, exploring all its dimensions as both practitioner and scholar for over four decades. Managing the Dream is an intimate portrait of leadership, comprising over a dozen essays that represent the author's most incisive and creative thinking. It features many of Bennis's most recent works, including "The End of Leadership," and a new preface reflecting on the challenge of leadership in the new millennium.

In 2007, BusinessWeek called him one of ten business school professors who have had the greatest influence on business thinking. He has received twenty honorary degrees and has served on numerous boards of advisors. He authored dozens of articles and over thirty books on leadership, including On Becoming a Leader and Organizing Genius.
Loading...
or support indie stores by buying on