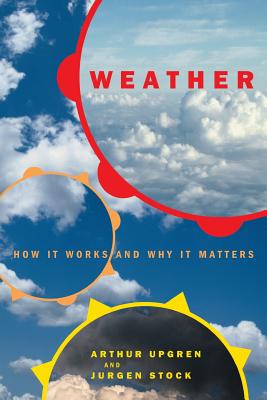 How It Works And Why It Matters

Scientists have delved deep into the smallest particles of matter and have extended their view to the far reaches of the universe, but still seem unable to predict the temperature five days hence. In this intriguing book, two scientists examine recent progress in the fields of meteorology and climatology. Amid colorful anecdotes of the Galapagos, Siberia, and places closer to home, they describe the earth's atmosphere, its origin and structure, and the forces that have shaped and continue to affect it. They explore temperature, pressure, and other properties of air and weather, including warm and cold fronts, highs and lows, clouds, trade winds, prevailing westerlies, and sky phenomena such as rainbows, halos, coronae, and sun dogs. The authors end with a discussion of the major threats to earth's atmosphere brought on by human activity, including global warming and ozone depletion, and argue that pure science -- not politics -- should dictate our policy responses.

Arthur Upgren is Professor of Astronomy at Wesleyan University and has been director of its Van Vleck Observatory. He is the author of Night Has a Thousand Eyes: A Naked-Eye Guide to the Sky, Its Science, and Lore.

Jurgen Stock has been on the faculty of Hamburg and Case-Western Reserve Universities. He has also been director of the Cerro Tololo Inter-American Observatory at La Serena, Chile, as well as founding director of CIDA, the Venezuelan National Observatory at Mérida."
Loading...
or support indie stores by buying on