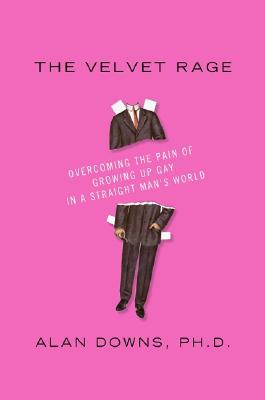 Whether he is flamboyantly fashionable with a body chiseled to perfection or chronically dissatisfied and without lasting relationships, the stereotypical extremes of male gay behavior are fueled by the same dark force: shame.The inevitable byproduct of growing up gay in a straight man's world, the experience of shame in childhood and adolescence sends a boy the message that he is other and that he is worthless. To avoid feeling shameful later in life-and even after he is no longer explicitly shamed by his sexuality-a gay man will quietly rage against the memory of this message and strive to excel dramatically to prove it wrong. The stereotypical manifestation of this inner battle is a gay man's success in the arts, fashion and in his body image; as with all the other forms of beauty, creativity and success, he is hiding behind the facades he creates.Building on the collected psychological research and the author's own experience of the past twenty years, The Velvet Rage will help gay men profoundly understand their dichotomous extremes. Explaining the psychological underpinnings of the forces at play in their lives, it also offers helpful strategies to stop the insidious cycle of avoidance and rage. Empowering and validating, The Velvet Rage will influence the public discourse on gay culture and positively change the lives of gay men who read it.

Alan Downs, Ph.D., is a clinical psychologist practicing in Santa Fe, New Mexico. His fifteen years of treating clients have already been reflected in numerous books about both leadership and self-help. A personal and professional milestone, The Velvet Rage is his first book about the psychology of gay life.

Praise For The Velvet Rage: Overcoming the Pain of Growing Up Gay in a Straight Man's World…

"Those familiar with gay men will find a good deal of honest reporting here. Without being maudlin, Downs, himself a gay man, writes movingly."—Library Journal

"Peppered with deeply personal reflections... There's no doubt that the men profiled in this sober call for "owning the injury" of growing up gay in a straight world were helped by their counseling, or that there are certainly some readers who will find their own lives reflected in that healing."—Q Syndicate

"[An] excellent new book...The Velvet Rage is a chronicle of furtive pathos, anger, compensatory fabulousness, despair, sex addiction, and flickerings of hope as its wounded actors make their way by uncertain stages toward a light of authenticity and self-acceptance their culture does not want them to find or even see. In its pages, through anecdotal moments and analytical passages, one is constantly catching glints of people one has known, behaviors one has seen and heard firsthand and often been baffled and hurt by."—San Francisco Bay Guardian

"Dr. Alan Downs has some words of wisdom....Although unnerving at first, readers might feel kinship with the case study subjects and ultimately, become empowered by the lessons learned and by the self-realizations experienced."—New City Chicago

"While we can all hope that the collective experience will change in time, Downs' perspective is still all too relevant."—AOL's Book Maven
or
Not Currently Available for Direct Purchase
Copyright © 2020 American Booksellers Association