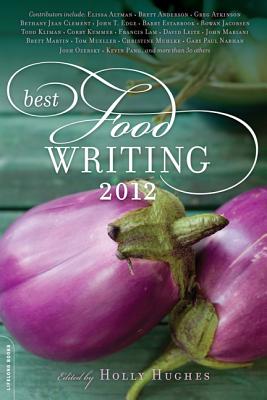 Booklist, starred review, October 2012“This exciting series has taken a lot of the work but none of the pleasure out of tracking down outstanding expressions of the love of food. Now in its thirteenth edition, Best Food Writing is not falsely titled. There is nothing less than serious, exciting, entertaining, and edifying writing to be found here.”
Kirkus Reviews, 10/15/12“Hughes once again pulls together the year’s tastiest examples from the growing field of food writing...In an era of celebrity chefs and much-hyped restaurants, this collection is thankfully absent the pretentious musings of restaurateurs and TV stars…A collection of strong writing on fascinating topics that will appeal to foodies and essay lovers alike.”

Holly Hughes has edited the annual Best Food Writing series since its inception in 2000. The former executive editor of Fodor's Travel Publications, she is also author of Frommer's 500 Places for Food and Wine Lovers and Frommer's 500 Places to Take the Kids Before They Grow Up. She lives with her family in New York City.
Loading...
or
Not Currently Available for Direct Purchase